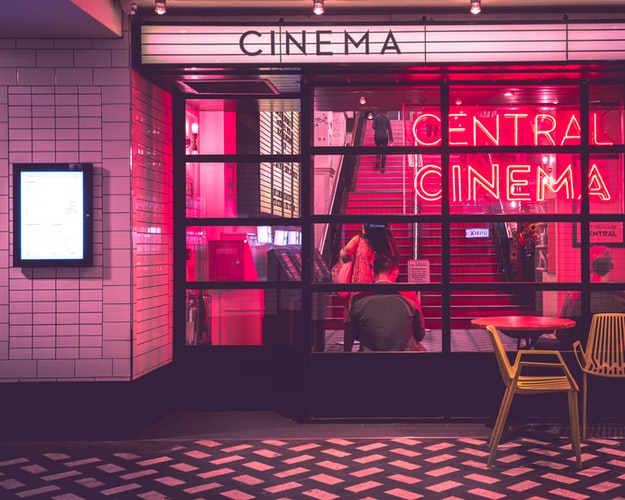 Ah, the cinema. The overpriced popcorn, the slightly sticky flooring that somewhat resembles a nightclub, the hiss of pain as your eyes adjust to the harsh sunlight after being in a dark room for the best part of that afternoon, you can’t beat it. And if you’re like me, then chances are you’re typically there on the first day of new releases and are even known as a regular to the staff. That a good thing? I dunno. Back on track! Anyway, now that we’re on week four of lockdown and with little sign of it being lifted anytime soon, I’m really beginning to miss the cinema. Like, really miss it. The cinema for me, is an escape. If the bigger picture is out of my control, then I relish in what I can control, and for me, more often than not, it’s going to Odeon, flashing a card and heading on through. It’s fun, it’s easy and most of all, simple.

Does that sound like your cup of tea? If not, then I suggest finding another article, but if so, then read no further, for I will be sharing my hints, my tricks and even what films are worth watching.

World Tour is arguably the film at the moment, with it being the first in movie history to be released on demand on the same day it was meant for a theatrical release. That in itself is an achievement. With a little help from my sister, I managed to watch the film last night, with it being one of my most anticipated movies of this year, seeing how I love the first one. And I gotta say personally, I loved it. Even more than the first one. Whilst I can say the first Trolls movie is arguably better and has funnier moments, this has a more defined story, more characters and the visuals are something else completely. I have no idea what the creators were on when making this film, but I’d gladly take some in a heartbeat. Just make sure to keep two metres apart when handing it over 😉

Another aspect I found to be enjoyable, like the last film, is its soundtrack. This time, having a range of different styles as opposed to primarily pop songs and ballads, which fits in with what the movie is trying to do. Yes, there’s some truly cheesy songs in there, but that’s part of the fun and leads to a pretty clever joke in my opinion. Though they couldn’t have done ‘Old Town Road’? Honestly, a song like that was waiting to be recorded by these guys!

Now, it’s not perfect, but hardly any films are, but where this one falls is in the message. The message and the way it comes across, I like. What makes us different brings us together and what we’ve been taught about our history may not be what truly happened. The last one in particular I found to be mature and challenging, particularly for a kids film. But that said, it doesn’t go all the way with it, not tonally at least. The movie is way too happy and bright for a message like that to work. I admire it for sure on what it was trying to do, but it just fell a little flat in my opinion. I’d still highly recommend it though and chances are if you have kids, they’ll like it for sure. Just remember to provide them with sunglasses to protect their eyes.

Jumanji: The Next Level

Another popular film that is making the rounds at the moment is Jumanji: The Next Level. A sequel to the ‘sequel’ of the original that honestly, had no right in being as good as it is, this one follows the characters of the last film as they are once again, sucked into the video game world, albeit with a few twists…

Unlike Trolls: World Tour, this is aimed less towards younger kids and more towards families and as far as family films go, it’s decent. Is it as good as the first film? No, but it has a self-awareness about itself that honestly, comes across as refreshing. The characters (for the most part) know what to expect and watching them explain it to others who are less experienced, is rather funny. I would also argue that the humour is more for adults this time round as well. Granted, there were a few jokes like that in the first one, but these hit a whole other level for me. One in particular when Kevin Hart’s and Jack Black’s characters were being questioned made me laugh out loud when I saw it for the first time.

What I find odd about Jumanji: The Next Level though, is it’s visually more action oriented, with bigger threats and set pieces, but it doesn’t feel as big. It’s almost like a ‘been there, done that, got the shirt’ scenario. And that’s a shame, as the action scenes are really well done. I think it’s because it’s been done before and the pacing is a bit slow between them that it does get old rather quickly. That said, it is still something I’d recommend checking out, even if it’s out of curiosity or boredom.

Host your own themed night

When I was younger, whenever we had takeaway, we’d watch a film that went along with that. Mulan for Chinese, Finding Nemo for fish and chips, etc. The point I’m getting at is theming is fun and can add a whole new layer of interactivity to your evening. Instead of just watching The Greatest Showman, why not learn some circus skills to go alongside it? I’m not saying reach for the lighter fluid and burn the house down with your new found fire breathing skills, but I’m more thinking along the lines of plate spinning, juggling and even sleight of hand. Something to impress, but not endanger. For snacks, reach for the roasted peanuts, popcorn and candyfloss. Proper old circus food. And for a real good time, switch on the singalong and belt out your best ‘This is me’.

Turn your living room into a proper cinema! Popcorn, drinks, snacks and tickets can be done in the kitchen, a willing participant to stand outside and wish you a good movie watching experience, even a ‘projectionist’ to sort out the movie and any technical difficulties. You don’t need a lot to have the same outcome, just some props, some films and a whole lot of creativity!

As the saying goes, less is more, and that is certainly the case when it comes to horror. Why go all out and create a large haunted set piece with fake monsters and blood when really, a simple red balloon will send the chills down the spine even more? If it’s a horror film you want to watch, dress up, turn the lights off and remember, kiss (keep it simple, stupid).

Should the viewing party be made up of adults and if they are willing, a drinking game may be the way to go. Decide on a film together, find up a drinking game online and away you go! Perhaps make new rules, like ‘sip every time someone gets shot’ or ‘finish your drink if the dog survives’. There is endless possibility when it comes to this type of game and that is the beauty of it. If you don’t drink, substitute the beer for something else of your choosing. It doesn’t have to be alcohol, though based on my own experiences, it may make the film either more baffling or more bearable (I’m looking at you, Cats!)